This robot was built from simple concept art.  I decided to give it a steampunk/old fashion look.  Just like most steampunk there is a clash of old technology and new.  I wanted to combine the high tech look of a futuristic robot and the old fashion feel of steampunk. I created a steam system that would run the robot and create steam from water tanks and pump it throughout the robot to power everything from the guns to the legs.  Though it is still a work in progress I wanted to share my concept while its still rough so I can adjust and get input from you guys. 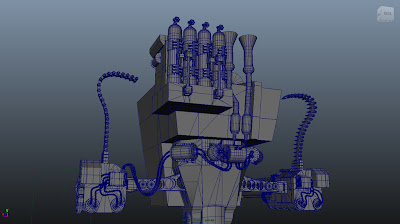 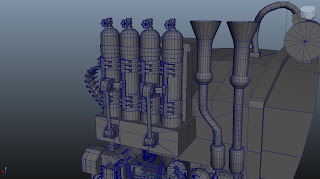 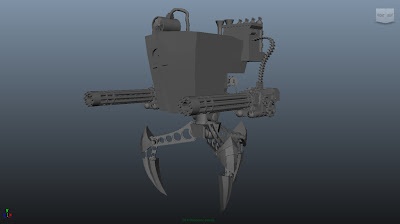 Posted by Chris Martin at 3:31 PM No comments: